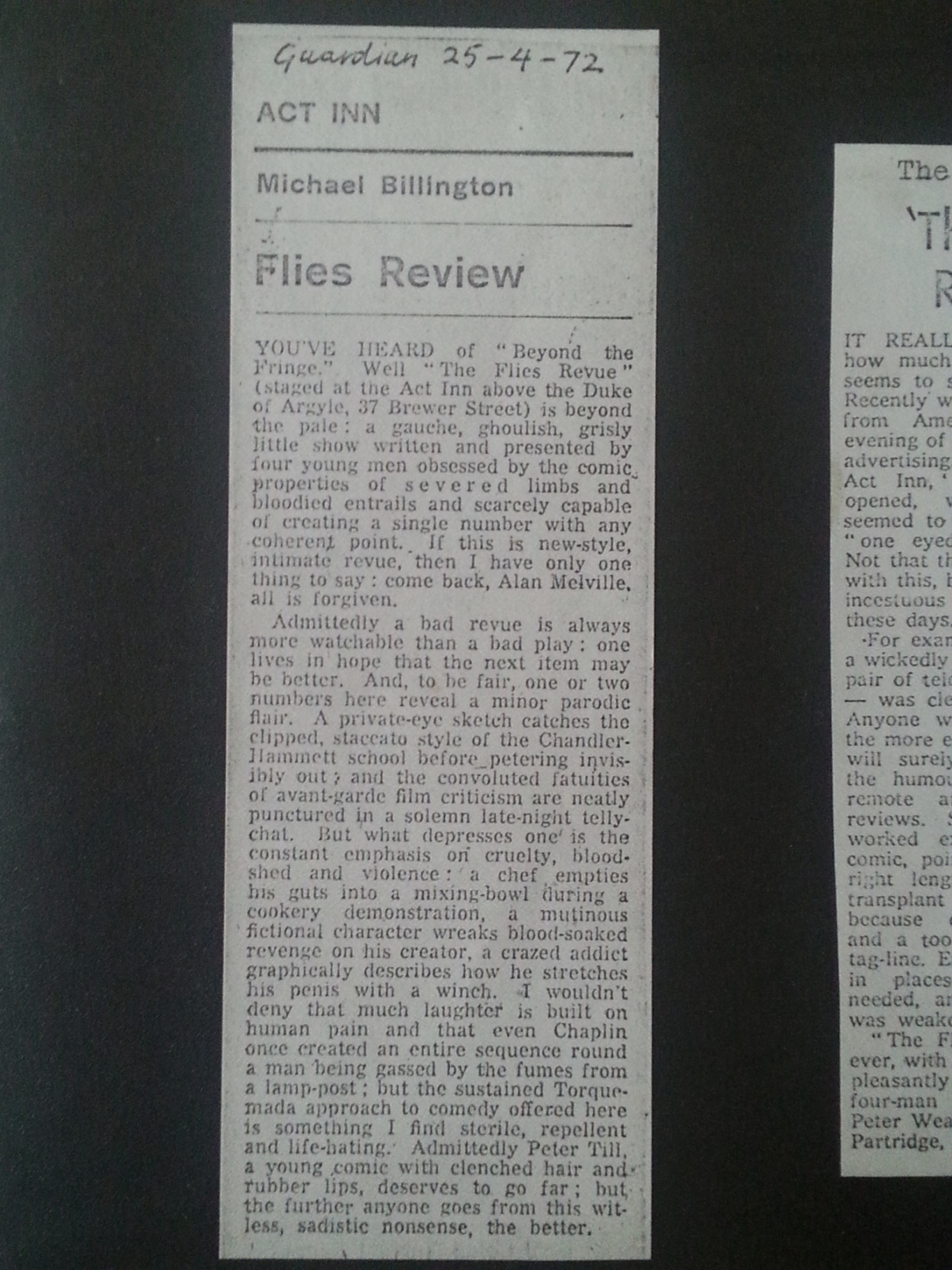 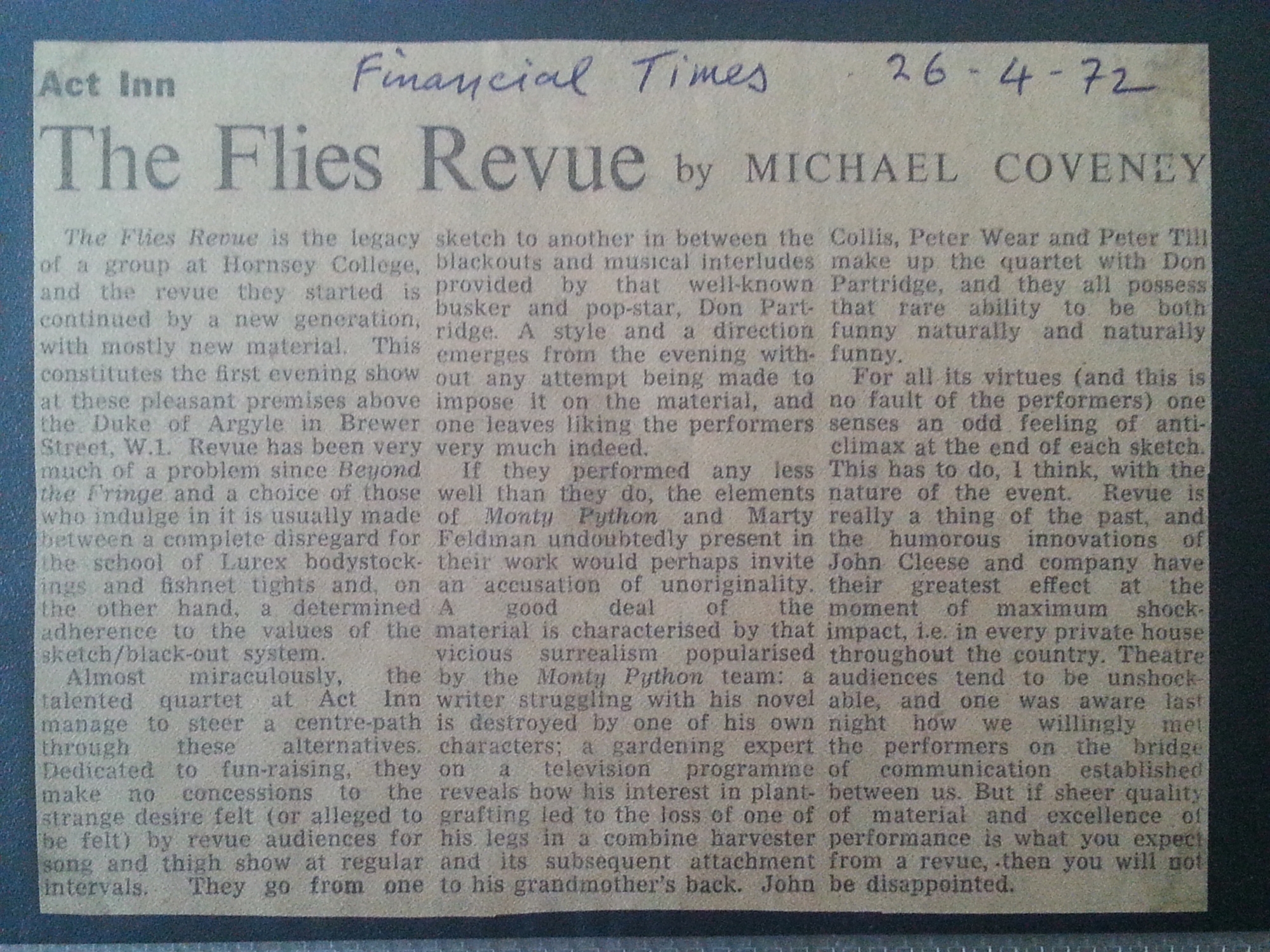 Here are a couple of reviews by two of the most respected theatre critics of the day - Michael Billington of the Guardian and Michael Coveney of the Financial Times. They saw the same show. Neither of them were right in their polar opposite opinions, but there are elements of truth in both, which is why I print them in full.

There were some laughs and there was quite a lot of unpleasantness. There wasn't much pub theatre of any description in those days but I'm still surprised that neither of them had anything better to do.

In the event, hardly anyone came and it was the last show for The FLIES REVUE (correct spelling by the way). Don Partridge had joined the group and some of us followed him to Wales to do street theatre after this.

Thank you, Paul Taylor. You "Got it". 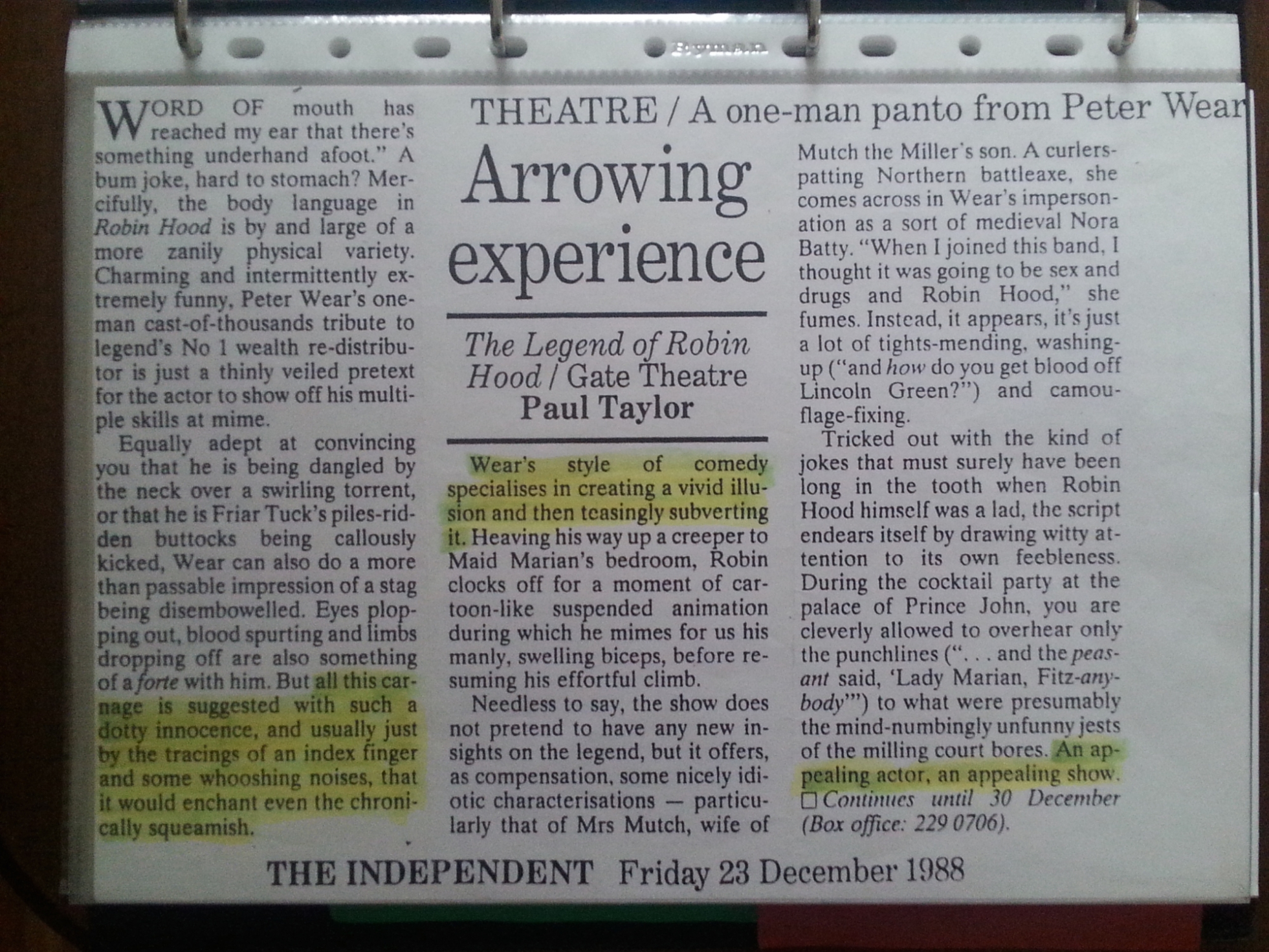 All very nice, of course, but critics don't always "get it".

"If you can meet with Triumph and Disaster,
And treat those two impostors just the same." 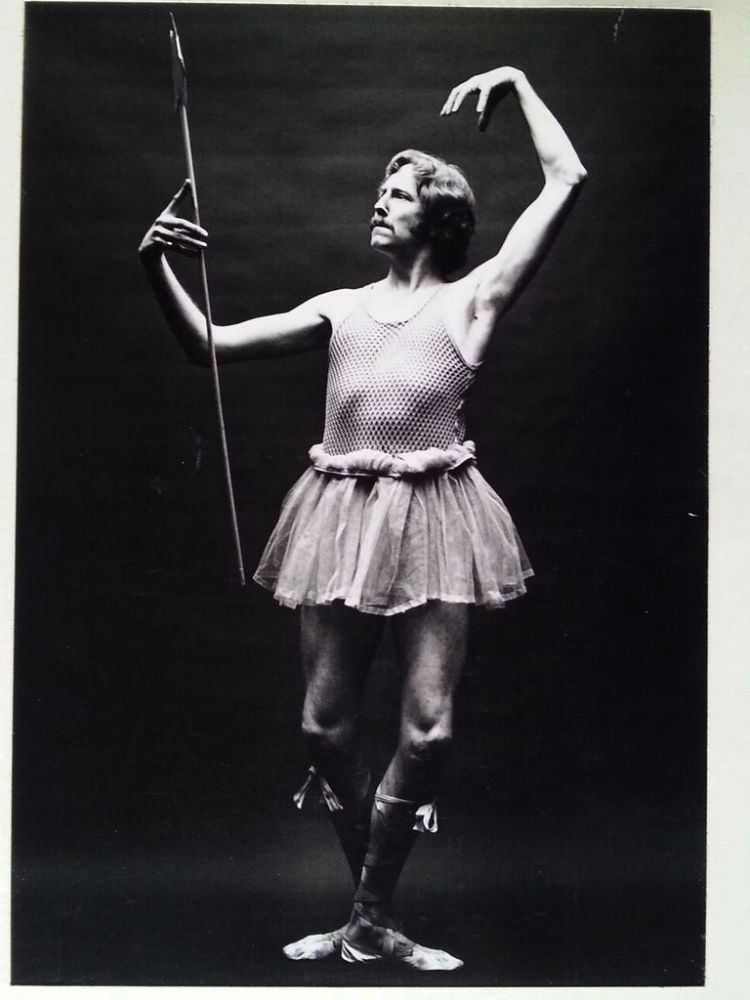 "A stream of inventive comedy ... wild and Goonish ... clever and disciplined."

"This is a marvellous comic performance ... A highly piece of pure escapism and a tour-de-force."

"This two man company are an example to their profession in inventiveness, taste, polish and comic judgement."

"He combines extraordinary gifts as a quick-change artist with true lyricism as a mime."

"An extremely accomplished mime and multi-vocalist."

COURT IN THE ACT

"There's a tremendous level of trust and teamwork which keeps the lines and the laughs coming."

I know what you're thinking - you don't see many string vests these days!